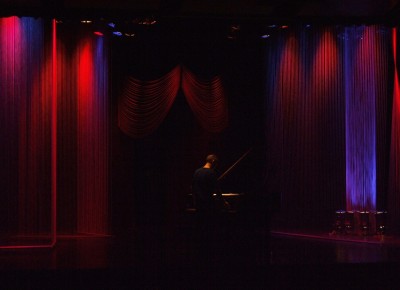 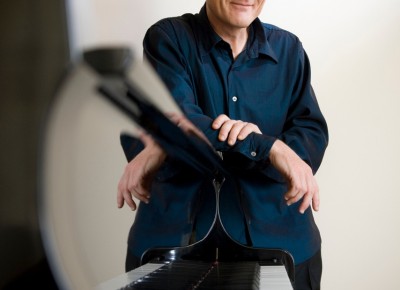 Australian pianist and composer Michael Kieran Harvey was born in Sydney and studied piano with Alan Jenkins, Gordon Watson, and at the Liszt Academy, Budapest, under Sándor Falvai. Based in Tasmania, his career has been notable for its diversity and wide repertoire. He has especially promoted the works of Australian and contemporary composers and recorded many solo CDs on various labels. As a pianist Harvey’s awards include the Grand Prix in the Ivo Pogorelich Competition, USA (1993), the Debussy Medal, Paris (1986), the Australian government’s Centenary Medal (2002)and the 2009 APRA award for Distinguished Services to Australian Music. His compositions have been performed in Europe, the UK, North and South America and Asia. He recently received an Australian Music Centre (AMC) award for his hour-long Zappa homage 48 Fugues For Frank (2011). His Psychosonata (piano sonata #2) was presented at MONA in their 2012 Synaesthesia festival. Harvey gave the 2012 Peggy Glanville- Hicks address on the state of contemporary Australian artmusic to acclaim and controversy. The Michael Kieran Harvey Scholarship was established in 2006 to encourage future directions in Australian keyboard art music, and to date has launched the international professional careers of five exceptional Australian musicians. He is currently Adjunct Professor at the Tasmanian Conservatorium.

His compositions are held at the AMC, while a list of his recordings can be found at